TLDR: The Urbit network is on track to have 1.8M activated planets by April 2023. That’s 77x the current number. In this post, we'll analyze the historical network data and present a simple forecasting model. 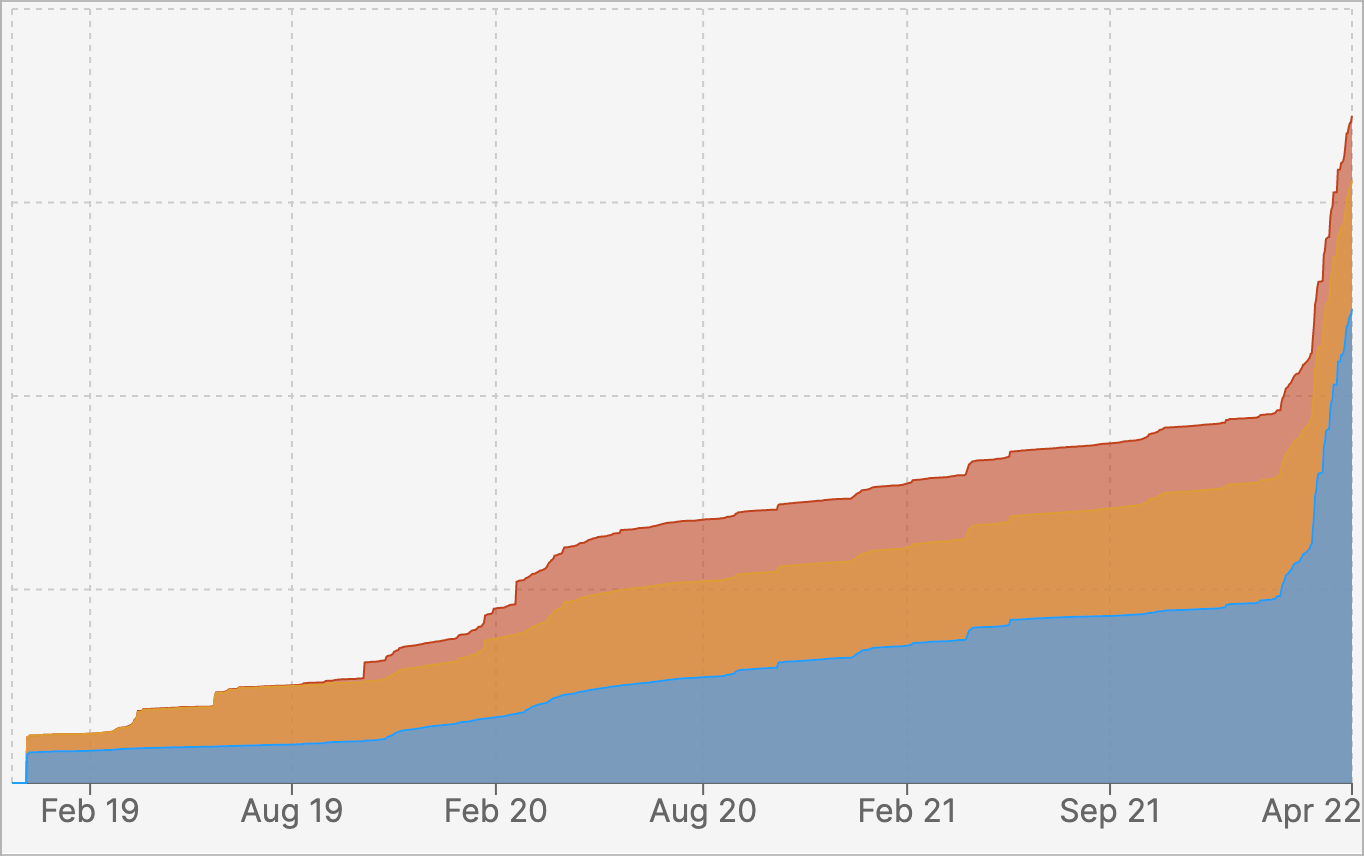 Number of activated planets on the Urbit Network, December 2018 to April 2022. Source: network.urbit.org

By February 6 of this year there were still only about 11,911 activated planets.

Growth was slow because Ethereum gas fees made it prohibitively expensive to spawn planets.

Then everything changed. Tlon engineers shipped a custom Layer 2 solution.

Suddenly, it only cost a few bucks to spawn a planet, and Tlon covered it anyway.

I spawned my first Layer 2 planet, for free, on February 7. I remember because I made this tutorial on how to do it.

Between January 2021 and the introduction of Layer 2, Urbit was adding about 239 planets per month, on average. That’s a growth rate of about 2.8% monthly.

Another way to put it: In 2022, Urbit is now seeing a monthly growth rate of about 48%, roughly a 16x acceleration relative to its growth rate in 2021.

If growth continues at this rate over 2022, we’ll have almost 2M activated planets by this time next year.

We can visualize the network growth we’d expect if we assume that the next 12 months with Layer 2 are similar to the first two months of Layer 2. I consider this a reasonable assumption. 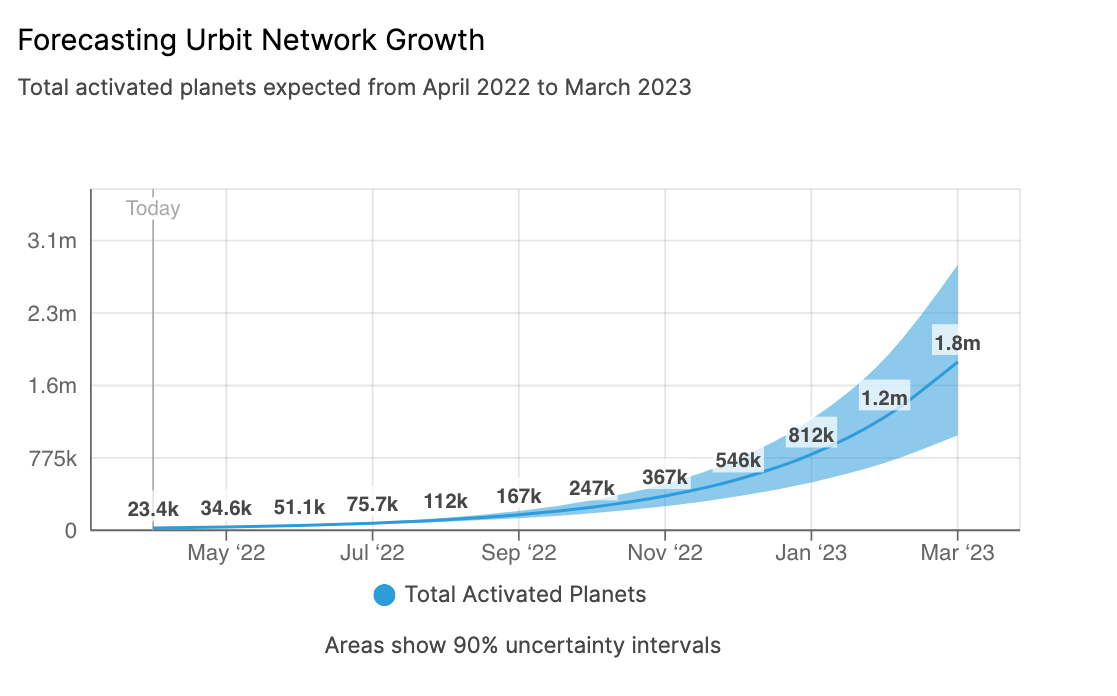 Highlights and gossip from the distributed insurgency against BOOMERWEB hegemony, a telecommunicative retrovirus subculturally propagated by K-Goth activity throughout the Crypt.

hell yeah it is, and i'm living proof. glad to be here

Fascinating, I love seeing the hockey stick start to form!

I'm one of those L1 @p's who spent far too much money on gas fees, AMA.

looking to buy a star for this reason. what's the best place to do that?